Posts on our bed and breakfast accommodation blog about Sunderland, SR5.

We are a popular choice of bed and breakfast accommodation for guests who are working at the Nissan car factory in Washington, Sunderland.

If you are staying with us whilst working at Nissan and are using public transport please note there is a new bus timetable from 6th November 2016.

We have updated our website to include the new timetable. You can view and download a copy for yourself here…

We are a popular choice of accommodation for guests who are working at the Nissan car factory in Washington, Sunderland.

If you are staying with us whilst working at Nissan and are using public transport please note there is a new bus timetable from 17th April 2016.

We have updated our website to include the new timetable. You can view and download a copy for yourself here…

Bon Jovi are scheduled to perform at Sunderland’s Stadium of Light on Thursday 13th June 2013 and if you haven’t bought your tickets yet then this 50% off ticket offer may be of interest to you. General admission standing tickets are available at a 50% discount for Thursday 13th June 2013 so you can see the band for £32.50 instead of the usual price of £65. 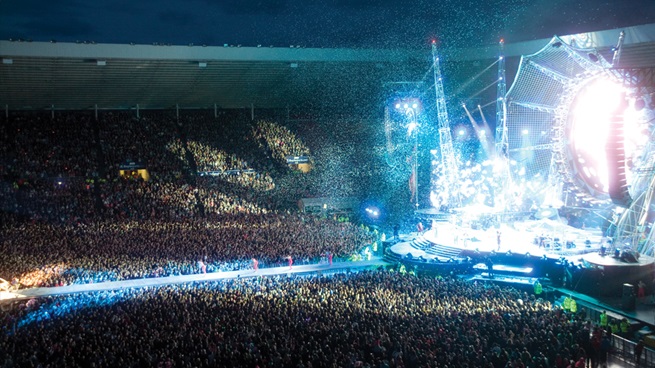 The full terms and conditions and how to get 50% off tickets is here: 50% Off Stadium of Light Concert Tickets.

The pdf map above shows the the Stadium of Light concert venue information, if you are staying with us for any of the 2013 gigs at the Stadium of Light in Sunderland then there is a regular Sunderland to South Shields bus service that you can catch at the bottom of our street that will take you to the roundabout shown on the top left of the above map. Journey time by bus is just 15 minutes. After that’s it’s a two minute walk to reach the Stadium. 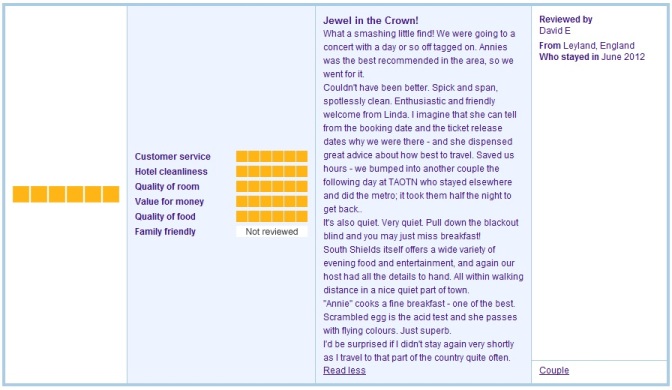 Jewel in the Crown! What a smashing little find! We were going to a concert with a day or so off tagged on. Annie’s was the best recommended in the area, so we went for it. Couldn’t have been better. Spick and span, spotlessly clean. Enthusiastic and friendly welcome from Linda. I imagine that she can tell from the booking date and the ticket release dates why we were there – and she dispensed great advice about how best to travel. Saved us hours – we bumped into another couple the following day at TAOTN (The Angel of the North) who stayed elsewhere and did the Metro, it took them half the night to get back. It’s also quiet. Very quiet. Pull down the blackout blind and you may just miss breakfast! South Shields itself offers a wide variety of evening food and entertainment, and again our host had all the details to hand. All within walking distance in a nice quiet part of town. Annie cooks a fine breakfast – one of the best. Scrambled egg is the acid test and she passes with flying colours. Just superb. I’d be surprised if I didn’t stay again very shortly as I travel to that part of the country quite often. 6/6

If you are looking for hotel accommodation for a concert at the Stadium of Light our bed and breakfast room prices and availability is here: online booking.

Boy band One Direction are to kick off their first-ever international stadium tour with a gig at Sunderland’s Stadium of Light on 28th May 2014 as part of their Where We Are world tour. Tickets go on sale from next Saturday 25th May 2013. 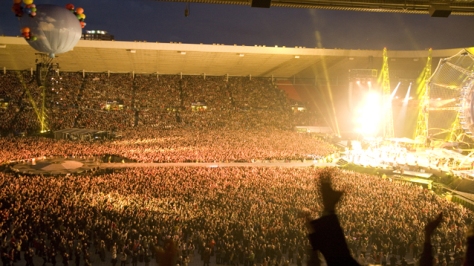 Sunderland’s Stadium of Light is one of only four UK venue’s to host the boys, the others are Manchester’s Ethiad Stadium, Murrayfield in Edinburgh and Wembley Stadium, London.

Their gig, which marks a great coup for the Stadium of Light, could well be the fastest-selling ever there, following the likes of Take That, Coldplay, Kings of Leon and Pink, who have already played there, with Rihanna, Bon Jovi and North East Live set to take the venue by storm this summer.

One Direction, who have sold over 14 million singles and 8 million albums, have already amassed two BRIT Awards and three MTV Video Music Awards in their fledgling career. They achieved instant success in the UK following on from their stint on X Factor in 2010, the group also took the US by storm, with their last album debuting at number one in the Billboard 200, becoming the first boy band in US chart history to land two number one albums in a calendar year.

Tickets for what is anticipated to be the biggest concert ever staged at the Stadium of Light, will go on sale from 10am on Saturday 25th May 2013 and are priced from £42.50 (plus booking fee). You can buy them online here.

If you are looking for hotel accommodation near Sunderland’s Stadium of Light for the concert our bed and breakfast availability is here: online booking.

Our guest house is ten minutes travel time by bus to/from the Stadium of Light – bus stop is at the bottom of our street.

Easto Chinese Restaurant at 8-9 North Bridge Street, Sunderland, SR5 1AD has a three-course meal deal offer at the moment – a set-menu three course Chinese meal with rice and prawn crackers is £13 for two people or £26 for four people. 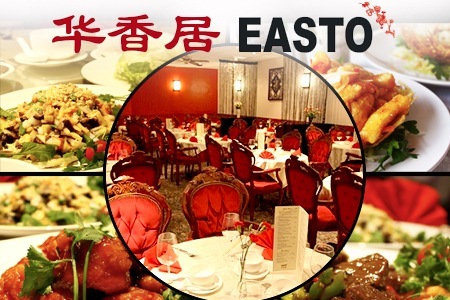 The set menu is…

The nearest Metro station to the restaurant is Stadium of Light but the 35 bus route (departing from the bottom of the street from our bed and breakfast), journey time is ten minutes.