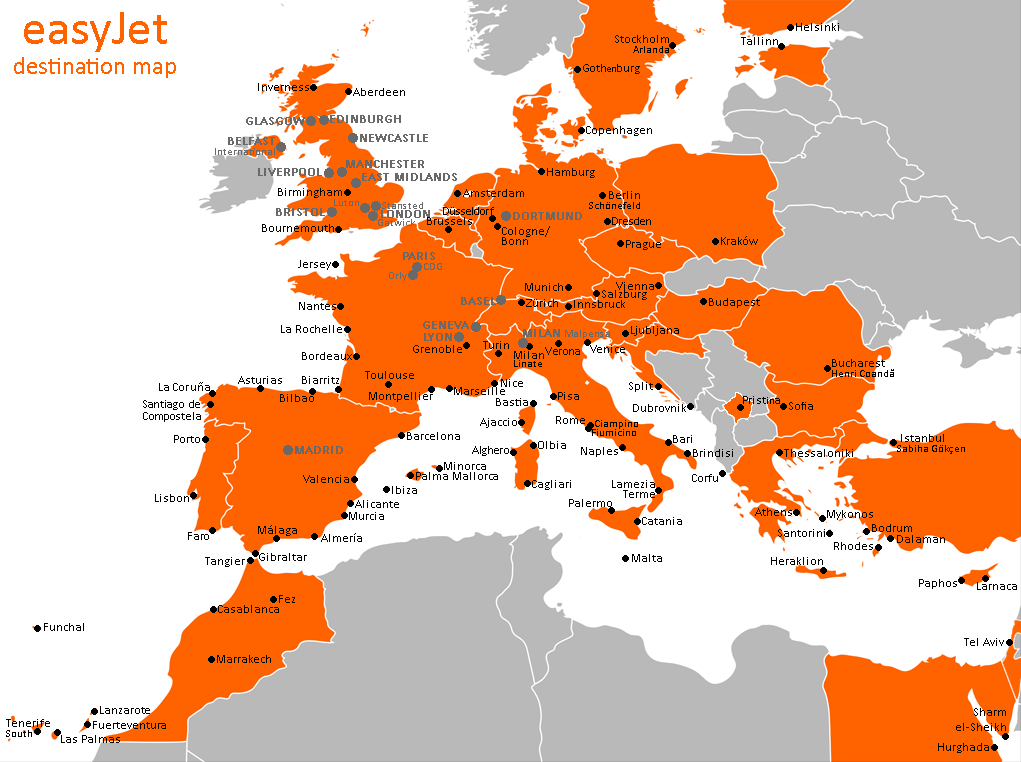 Low-cost airline EasyJet has celebrated its tenth anniversary at Newcastle International Airport, Woolsington, Newcastle upon Tyne, NE13 8BZ with its inaugural flight to Jersey. Since it began operating from Newcastle upon Tyne in 2003, more than 13 million passengers have travelled through the airport with the airline. It initially served just seven destinations, but Jersey is now its thirteenth.

Newcastle International Airport believes the success of EasyJet has made air travel more accessible to people in the region and encouraged other airlines to set up routes to and from the city. Newcastle Airport’s operations director Richard Knight said: “The market’s quite young for low-cost travel, it wasn’t that long ago when we couldn’t afford to go on our summer holidays all over Europe. I think EasyJet and other airlines have really opened up those opportunities to people in the North East. EasyJet have proven there is a market and that has helped attract other airlines to the region.”

Hugh Aitken, EasyJet’s UK commercial manager added: “We’re proud of what we’ve done to make travel easy and affordable in the North East. We’ve been growing a lot in the last year, Newcastle upon Tyne is absolutely in the middle of that as we look at new opportunities.”