The latest 2017 guide to South Tyneside is out. Request your own free 33 page copy of the guide below.

Blast From The Past

Experience life in Anglo-Saxon times thanks to a new attraction in South Tyneside which pays tribute to the Venerable Bede and his enduring legacy.

South Tyneside’s latest stellar attraction, Jarrow Hall, opened its doors in April after a £100,000 investment and it’s quickly becoming one of the country’s leading Anglo-Saxon attractions. Run by the Hebburn-based charity Groundwork, it features an interactive museum, which chronicles the life of die Venerable Bede (who transformed astronomy and theology from South Tyneside in the early Anglo-Saxon period), a heritage petting farm and a popular on-site cafe.

If you’re looking to escape from the hustle and bustle of city life, then Jarrow Hall is just the place. A haven of tranquillity in a busy town, this 11-acre site is home to a range of domestic animals from pigs and sheep to goats, ducks and hens. But this is a petting farm with a difference. Designed to give an insight into Anglo-Saxon life, the farm is populated with rare breed animals that represent the kind of animals that would have been farmed in South Tyneside 1,300 years ago.

“By working with the rare breed animals we get an insight into how the Anglo-Saxons would have farmed,” Leigh Venus, Operations Manager at Jarrow Hall, explains. “We try to use traditional techniques as much as we can and we’re in contact with people across the country who manage rare breed animals to get more animals on site.”

Visitors to the farm can feed the animals themselves or go along to one of the talks by the site’s farm manager during the daily 3pm feed. When you’ve finished, sample produce from the Medieval herb garden in the aptly-named Hive Coffee Company café.

“.There’s a history within the monastic realm of the Anglo Saxon period of keeping bees,” Leigh explains.‘Honey was used for making mead and for making books and inks, and Hive Coffee Company were a perfect fit. They’re working with the herb gardener to use herbs from the garden in their food.”

The cafcafé is housed within Jarrow Hall House, a Grade II-listed 18th century manor house which has just been given a complete refurbishment. “It doesn’t look like a Georgian interior, but it is a renovation that is sympathetic to the colours and styles of that era,” Leigh explains. “We had a heritage paint palette and we took advice from a Georgian era expert at Durham University.” The hall also houses a classroom space, which is used to support the attraction’s events and education programme.

Jarrow Hall is also home to the Bede Museum, which has been preserving the legacy of the Anglo Saxon monk Bede since 1974. From the monastery at Wearmouth-Jarrow, Bede penned a number of important philosophical and theological works, including The Ecclesiastical History of the English People, which chronicles the history of people’s relationship with Christianity.

“He was essentially a local lad done good,” says Leigh. “He came to the monastery aged seven and changed the world. His work is the cornerstone of English history and the English national identity. He was a polymath, a scientist, a poet, he did a lot of work to figure out the exact birthdate of Christ and the date Easter should fall, and in doing so he did a lot of hard science as well. He worked out the motion of celestial objects like the moon and the sun and how that affected the tides”.

Discover this history for yourself at Bede Museum which is bursting with fun exhibits that capture Bede’s life and achievements. The museum is home to Europe’s largest early collection of stained glass (which dates back to the 7th and 8th century), as well as a full-sized reproduction of the Codex Amiatinus – the oldest complete Latin Bible in existence.

“Three of these huge Bibles were produced at the Wearmouth-Jarrow Monastery and Bede would very likely have worked on them,” Leigh explains. “Two are almost completely lost to history, but one was given to the Pope in Rome. The man in charge of the monastery actually died en route and his monks got it the rest of the way. The one here in Jarrow is only the second full-sized copy in the world. The other is in the Laurentian Library in Florence.”

Fans of Bede should also pay a visit to the nearby St Paul’s Church and Monastic site — the remains of the site where Bede once lived and the original Codex Amiatinus was written.

Throughout the year Jarrow Hall offers a range of hands-on events and activities to help visitors engage with this Anglo-Saxon history. As well as regular art exhibitions, creative workshops and heritage craft demonstrations (such as weaving or making rune necklaces), there’s a programme of reenactments, live weapon displays, archery and live performances taking place — there’s something for everyone.

If you’ve got any energy left after all of that, there’s a soft play area and a natural play area on site and Drewetts Park is just a stone’s throw away — so you can rest assured that your little friars will be completely tuckered by the end of the day.

You can read more about South Tyneside in our free 33 page guide. Enter your email below for a free copy. 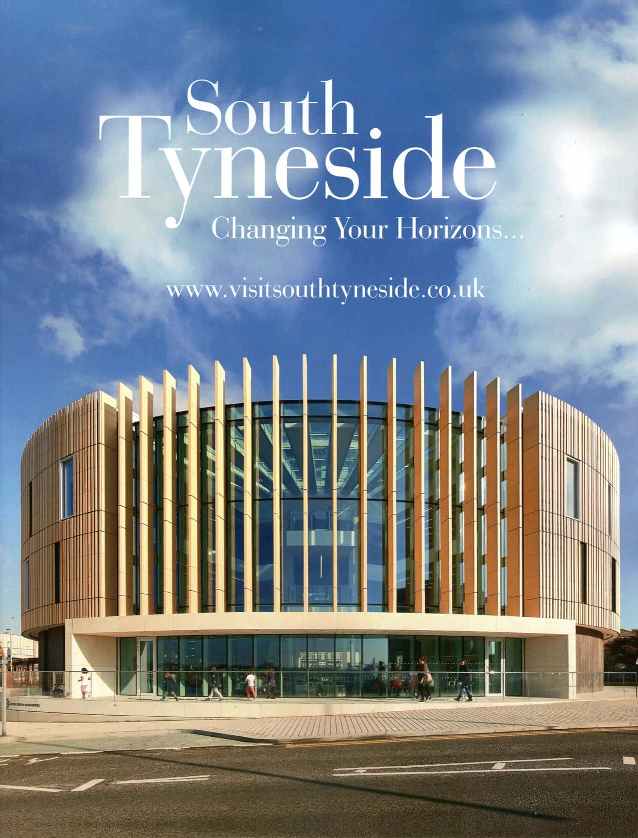 Please send me the free guide to South Tyneside…
(No spam we promise, we will not re-use or re-sell your email address).