Posts on our bed and breakfast accommodation blog about High Usworth, Washington, NE37. 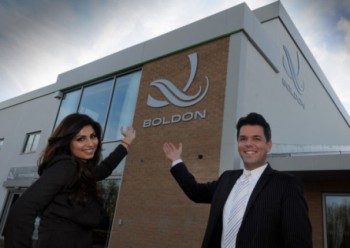 The Quality Hotel in Boldon Colliery is rising from the ashes. In November 2010 staff and guests fled to safety after a fire broke out in the Quality Hotel in Witney Way, Boldon Business Park, NE35 9PE. Thirty five fire fighters from across Tyne and Wear took three hours to tackle the blaze, which started after a towel was left on a sauna heater.

The Quality Hotel has now finally reopened after a £3.5 million makeover. Hotel director Tina Chawla described the rebuilding programme as a “long process” but the end result is a state-of-the-art, 82-bed leisure facility. She said “It’s been a very tough two years and it has taken much longer than we expected, and we also had some bad winter weather on top of that, but we’re finally fully open for business, after running a motel service from August of 2011. The scheme has included features to bring the building up to the latest fire regulations. Our rooms have been refurbished, we have a larger function room, plus a new 15 metre by eight metre pool in our revamped fitness suite.”

Although redundancies were made at the Quality Hotel after the blaze, some staff were transferred to the company’s George Washington Hotel located on Stone Cellar Road, High Usworth in Washington, NE37 1PH. Mrs Chawla added “We have very loyal staff at the Quality Hotel, and many of the current 20-strong workforce were with us when we had the fire. Durham-based Meldrum Construction Services have carried out work on the Boldon hotel, which has taken more than a year to complete. It is hoped the hotel redevelopment could create jobs as the Quality Hotel gets back on its feet. Newly-appointed hotel general manager Paolo Franchi said staff were looking forward to welcoming old and new guests over the festive period. A wedding fair is planned at the hotel this Sunday from noon until 3.30pm.

If you are looking for hotel accommodation for your visit Boldon Business Park, NE35 our bed and breakfast room price and availability can be found here: book online.