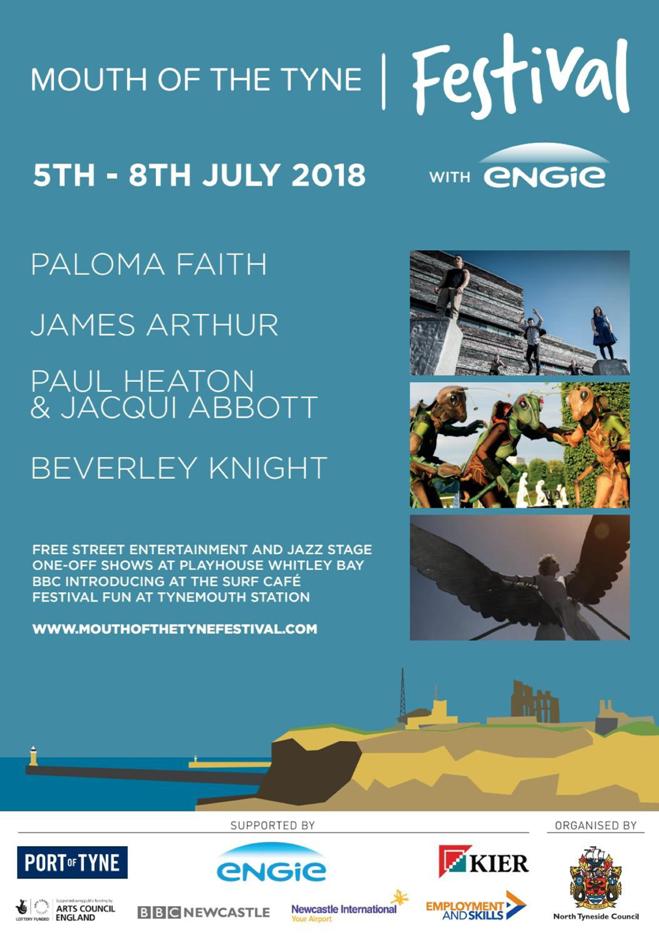 So far the acts confirmed to be appearing are… Paloma Faith, James Arthur, Paul Heaton & Jacqui Abbott and Beverley Knight. 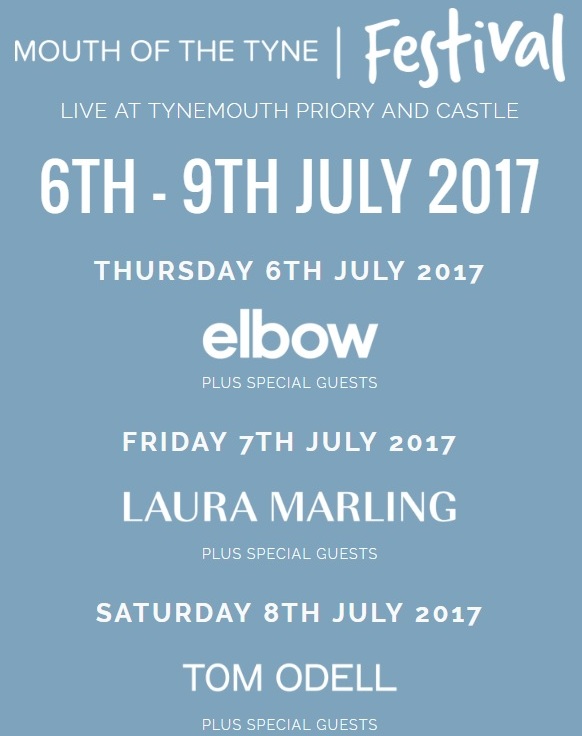 So far the acts confirmed to be appearing are… Elbow, Tom Odell and Laura Marling.

All performances take place at Tynemouth Priory and Castle which overlooks the North Sea and mouth of the River Tyne.

Tickets for Mouth of The Tyne Festival go on sale at 9am on Friday 27th January 2017.

room rates and availability can be found here: online booking. Room information including photographs can be found on our bedrooms page. 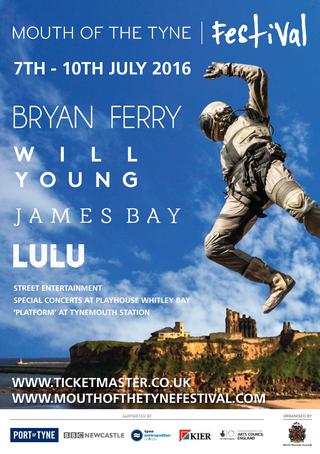 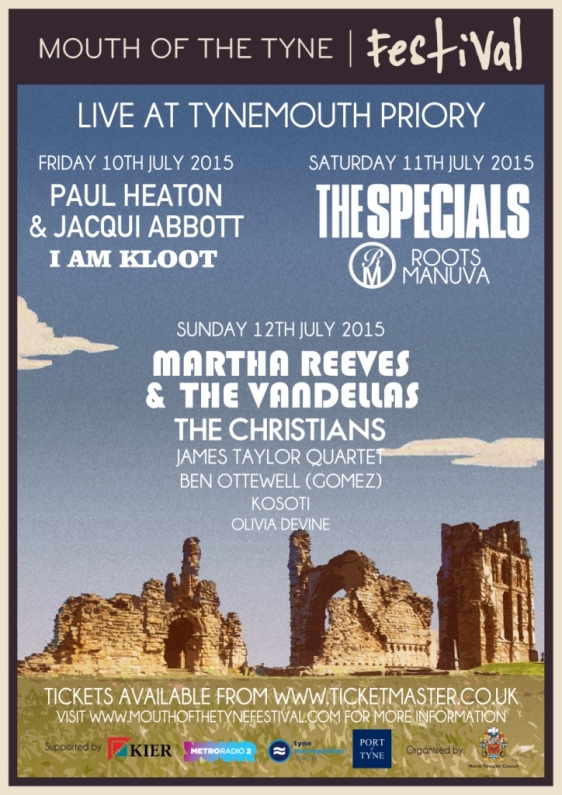 Manchester band I Am Kloot are Mercury Prize nominees and have 7 studio albums to their name since forming in 1999. With a new live album released in April and a new recording on the horizon for 2016.

On Saturday 11th July 2015 The Specials with very special guest Roots Manuva will be performing. The Specials transformed British pop in the late Seventies and early Eighties, mixing ska with punk and humour. Since reforming in 2008, the band has enjoyed sell-out tours all over the world and remain one of the most distinctive British bands performing today with infectious energy and an amazing following.

British hip hop artist Roots Manuva has been announced as very special guest of The Specials for their Mouth of the Tyne Festival show. The South London rapper is a MOBO Award Winner and Mercury Music Prize nominee and is considered one of the most exciting, multi-faceted lyricists and musicians working in the UK today.

You can see a video of The Specials performing live here…

On Wednesday 8th July Rufus Wainwright, the internationally-renowned singer, who Sir Elton John calls ‘the greatest songwriter on the planet’ will be performing at the Whitley Bay Playhouse.

On Thursday 9th July 2015 Whitley Bay’s own Lisbon play a homecoming show at the Whitley Bay Playhouse hot on the heels of a fantastic 2014 that saw them make the Radio 1 playlist with their song Blue Love.

On Friday 10th July 2015 Italian-English singer-songwriter Jack Savoretti will be performing at the Whitley Bay Playhouse. His unique raspy vocals and memorable melodies make him one of the hottest tickets around. Support comes from Gizmo Varillas.

Chart-topping James is playing only a handful of dates this year and has chosen the Tynemouth setting to perform hits from his three platinum albums on Saturday 13th July 2013. Tickets cost £25 each plus booking fee go on sale from 9am on Thursday 7th March on the TicketMaster website. North Tyneside Elected Mayor, Linda Arkley said: “I am delighted to welcome James Morrison back to North Tyneside. Securing another high calibre music act for a sixth consecutive year is testament to the event being established as one of the North’s favourite summer festivals. Tourism is worth £243million to the borough’s economy and this festival is a key event in our calendar.” 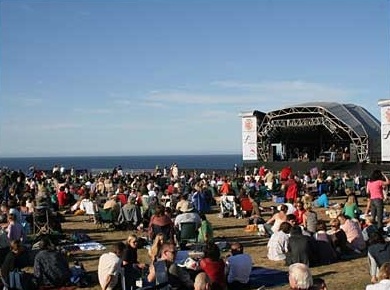