Posts on our bed and breakfast accommodation blog about Scotswood Road, Newcastle upon Tyne, NE4.

If you are staying at our bed and breakfast accommodation this Friday 28th April 2017 then you may be interested in Hit The North – a new inner city music festival taking place in Newcastle upon Tyne. 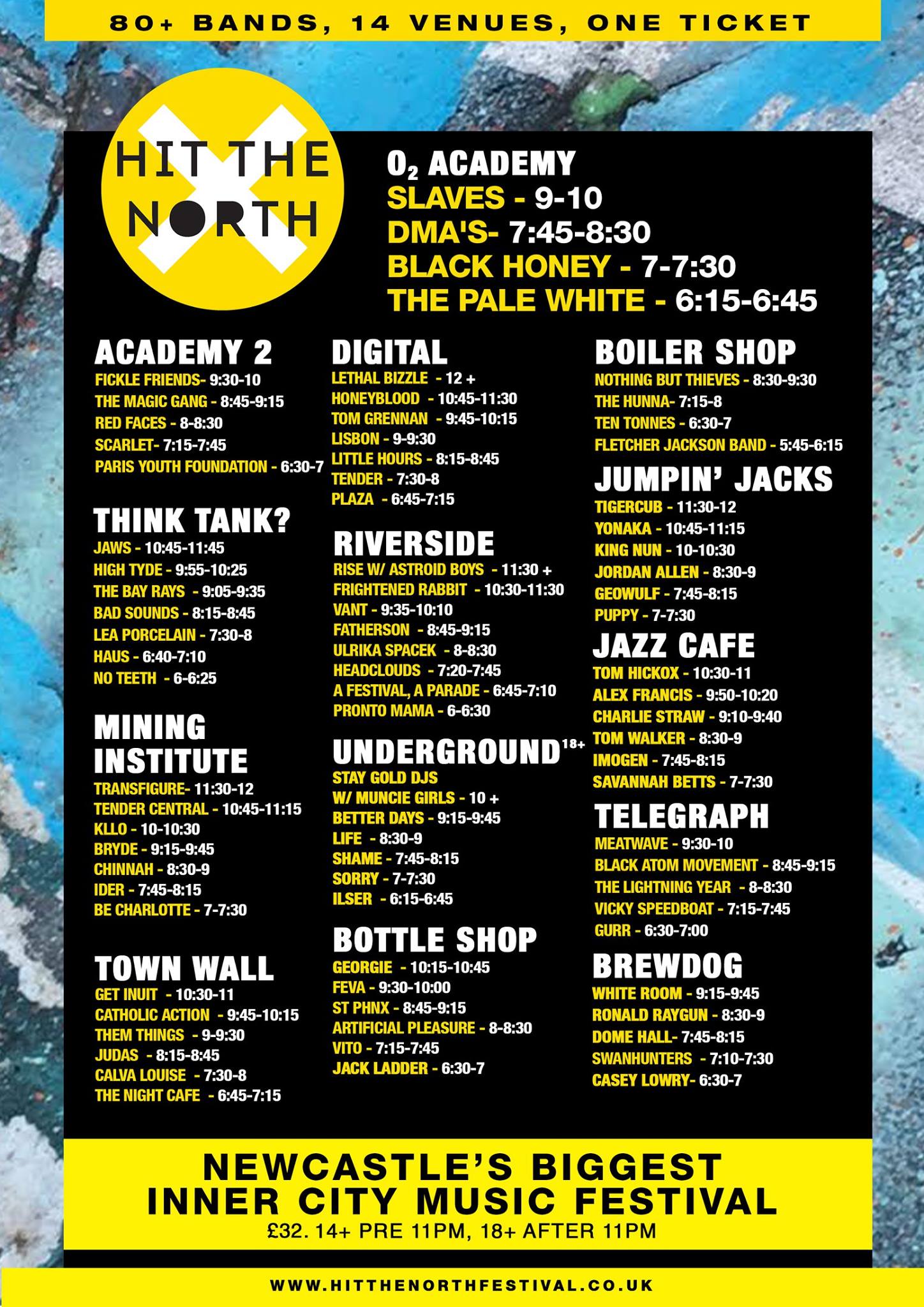 If you are staying at our bed and breakfast accommodation this Thursday 27th April 2017 then you may be interested in Meet The North – a new emerging music festival.

A rival is looking to take advantage of South Tyneside College’s decision to scrap A-level courses.

Newcastle Sixth Form College, Rye Hill Campus, Scotswood Road, Newcastle upon Tyne, NE4 7SA is opening a new £22m centre in September. College principal Steve Gibson said: “Young people in South Tyneside may have some concerns about the options available to them to study A-levels, but I would urge them not to worry. We are keen to ensure all young people get the chance to study the subjects they want, and we’re getting lots of requests from students from across Tyneside to come and talk to tutors at Newcastle Sixth Form College and have a look around our new building. We offer around 40 different A-levels and have world-class facilities to help students learn. We are in the centre of Newcastle, so we are just a short Metro ride away from South Tyneside. Students do not have to travel far to pursue the future they want.”

The South Shields Gazette revealed this week that South Tyneside College would no longer be offering A-level qualifications from September. Instead, it will focus on vocational training, which it says will provide the ‘best possible’ career route into university and work. About 90 students and 17 lecturers are affected by the changes. School-leavers who have applied to study AS-levels at the college from September will be offered vocational alternatives. Existing students going into their second year will be allowed to complete their studies at the college, in St George’s Avenue, South Shields.

The Universities and Colleges Union (UCU) said it will fight to avoid compulsory redundancies. Jon Bryan, UCU regional support official, said: “The thing we are most concerned about is the extent to which the college is going to redeploy staff. The key thing for us is going to be pressurising the college as much as possible to redeploy people into alternative posts. They are closing the intake for this year, but following through with the second year. That will be helpful in terms of some people maintaining their employment.”

Staff will also need to be retrained to deliver vocational courses, he added, although some already teach them. “If we are lucky, we may be able to avoid compulsory redundancies,” said Mr Bryan. “That will clearly be our focus.” There are two school sixth forms in South Tyneside – Harton Technology College in Lisle Road, South Shields, NE34 6DL and St Joseph’s RC Comprehensive School in Mill Road, Hebburn, NE31 2ET – teaching approximately 270 A-Level students in total. Whitburn C of E Academy in Nicholas Avenue, Whitburn, Sunderland, SR6 7EX has been granted permission to open a sixth form from September 2014, but plans are in the very early stages.

A South Tyneside College spokesman said: “There are numerous other providers of A-levels within South Tyneside and we are working to ensure no young person is left without that local provision. “We strongly believe the many and varied courses we provide are best suited to meet the needs of young people and employers in an ever more competitive employment market. We remain committed to helping those who have applied to start AS-level courses with us in September to find routes on to vocational courses or into alternative provision elsewhere in South Tyneside. We understand they may be disappointed at not taking those courses with us and we are offering them every possible support.”