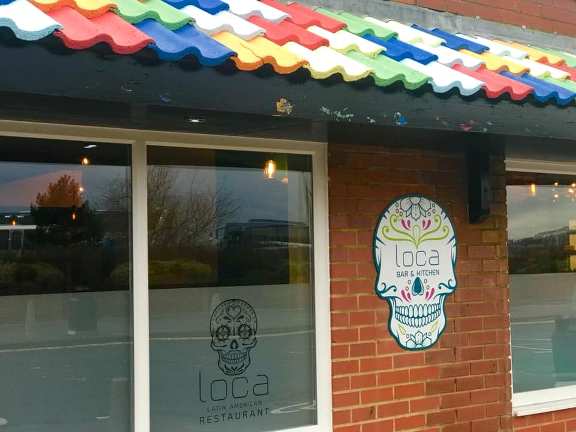 You can see their full menu below… 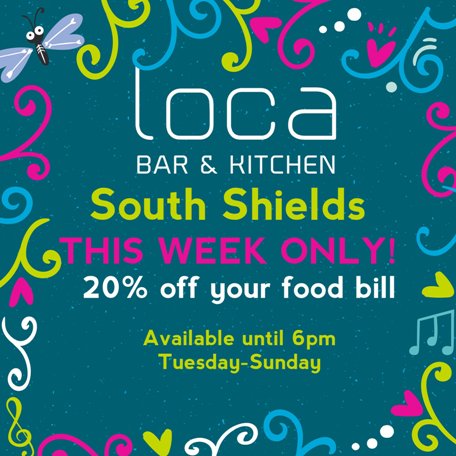 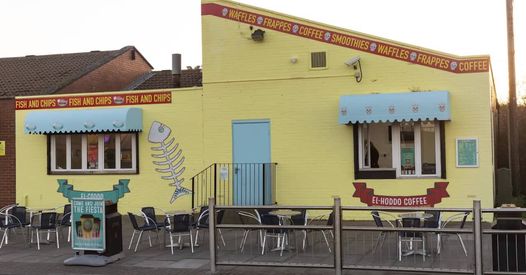 New take-away coffee shop El-Hoddo is offering dog walkers 20% off between 8am and 12pm. 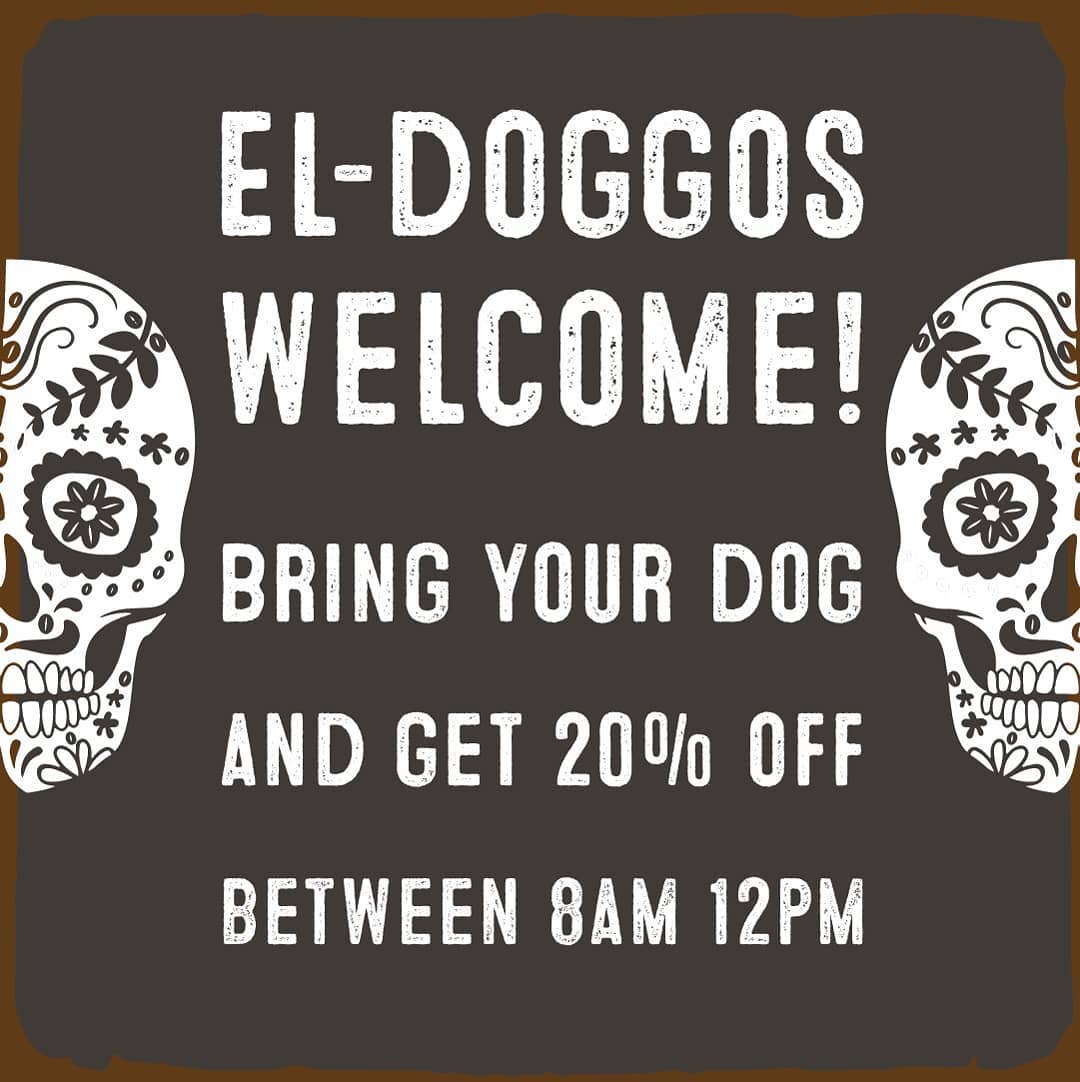 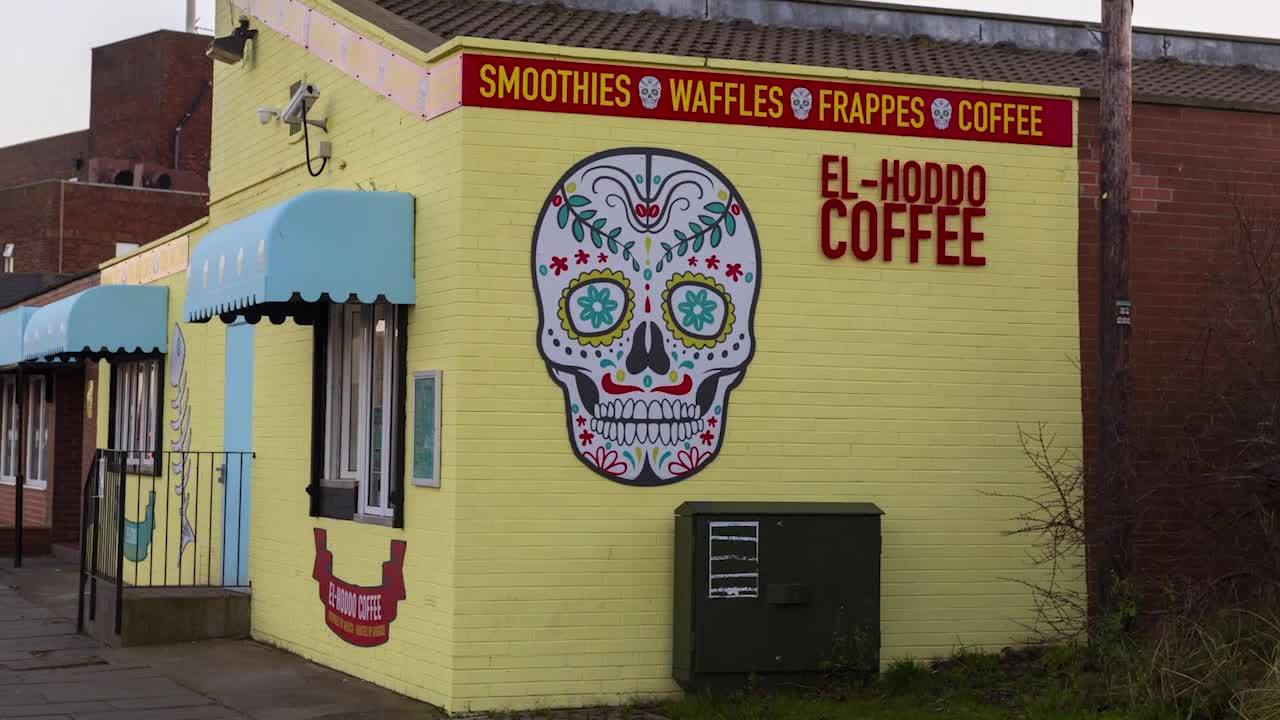 El-Hoddo South Shields will offer a selection of waffles, smoothies, frappes and coffees for take-away only. 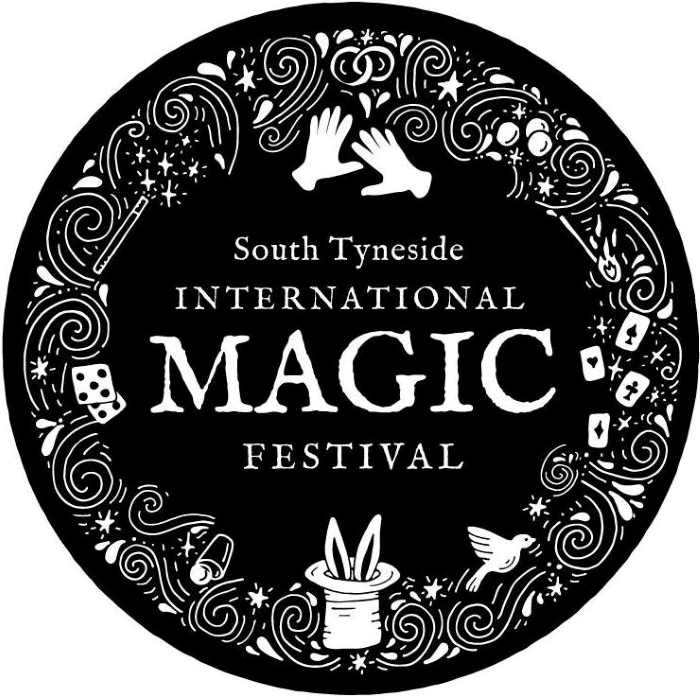 The festival opens on Thursday 16th March 2017 with a Family Magic Extravaganza at 6.30pm where a number of children’s entertainers will provide an evening of fun for all the family. 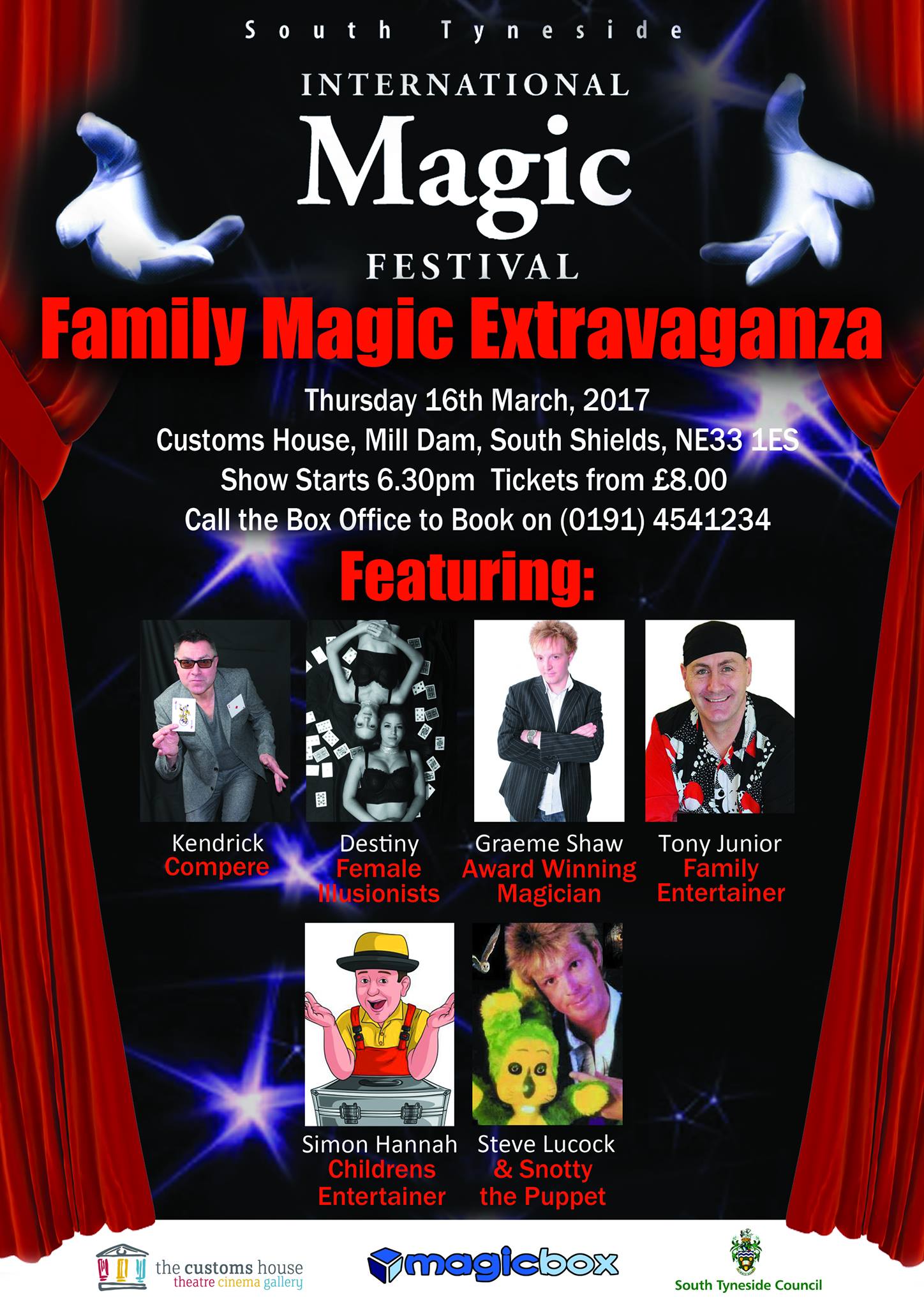 This is followed by two International Gala Shows on Friday 17th March and Saturday 19th March 2017.

All three public shows are held at The Customs House ticket prices start at £8.

The international magic performers appearing in this years festival are…

Mahdi Gilbert – Lecture, Talk, Close Up, Gala Show
He travels the four corners of the Earth sharing his life and his magic with people. Now is your chance to witness the power of Mahdi in this exclusive whirlwind tour through his magic, his story and his life. You will follow a child born without hands as he discovers magic and develops his passion into the most remarkable sleight of hand man this world has ever seen. Through the performance and thorough explanation of several pieces of magic you will learn how to: ‘Trust Yourself’,’ Break the Rules’, ‘Transform your Liabilities into Assets’, ‘Charm and Disarm’, ‘Believe in the Impossible’ and ‘Make Others Believe in the Impossible’.

Adam Wilber – Lecture, Close Up, Gala Show
‘Artisan’, ‘Artist’ and ‘Pioneer’ are the traits that have made Adam one of the most sought after figures in his field today. Adam has become the GM of the most successful magic store of all time www.ellusionist.com and has gone on to create products such as PYRO, top selling tricks, decks of playing cards and illusions that are used by fellow magicians all over the world.

Asi Wind – Lecture, Close Up, Gala Show
One of magic’s most influential thinkers and performers, Asi Wind is an inspiration to magicians all over the world as they study and perform his creations. It is very rare that Asi gives lectures and workshop in magic conventions, but when he does he is very generous with his time and knowledge. Wind’s recent off-Broadway show, “Concert of the Mind”, completely sold out, it extended its run and received rave reviews and critical acclaim. He is currently performing his one man show “Do you want to change your mind” in London and New York City.

Rob Zabrecky – Lecture, Gala Show
As seen on ITV’s ‘The Next Great Magician’, Rob Zabrecky invents a magical world through a series of strange and beautiful effects, combined with remarkable timing and theatrical edifice. He has become a prime attraction at the Magic Castle, where he has received multiple award nominations by the Academy of Magical Arts.

UK magic performers appearing in this years festival are…

Amethyst – Gala Show
International illusionists Danny Hunt and Stephanie Clarke. Highly acclaimed as one of the UK’s top magic and illusion acts, Amethyst have established themselves as world-class performers. With their fresh and dynamic approach they lead the way in cruise ship, corporate and private events. Their unique and versatile shows have taken them around the globe, attracting worldwide acclaim and dazzling audiences in many countries. Amethyst are renowned for their range of spectacular and unbelievable shows featuring breath-taking illusions.

The highlight of his magical career was in 2014 when he lectured and performed a week of shows in the parlour of the world famous Magic Castle in Hollywood. A magical inventor and creator, he has been lecturing for 6 years at most of the clubs in England and started organising lecture tours for 4-5 years. He has built up a contact list of talented and brilliant magicians and friends over the years and will make STIMF 2017 one to remember… for all the right reasons!

Andrew Green – Gala Show
Andrew Green is one of the leading award-winning close up magicians and grand scale illusionists in the UK today. His breath-taking performances of close up magic and illusion have taken him around the world and have seen him performing for Heads of State in India, CEO’s of large global fashion corporations in Asia and at major media events across the UK, Europe and the Middle East.

He is proud to have been invited to perform at hundreds of exclusive events for companies such as Louis Vuitton and Calvin Klein-Singapore, and for many top celebrities such as Sir Alex Ferguson, Hugh Bonneville, Wayne & Colleen Rooney and at various Hello Magazine and OK Magazine parties.

Simon Hannah – Children’s Show, Lecture
Simon Hannah is one of the most sought-after family and children’s magical entertainers to come out of West Yorkshire. When it comes to professional magical entertainment, Simon comes to you armed with over 25 years’ experience and has performed for some of the UK’s top clients, companies and entertainment establishments such as Royal Household, Ministry of Defence, Butlins, Pontins and Haven.

Mark James
Mark James has worked professionally for over a decade, on land and at sea in over 40 countries worldwide. He’s performed everywhere from The World Famous Magic Castle, Hollywood to The Orient Express. Outside of being a magician he features yearly in pantomime for UK Productions, taking the role of ‘principal comic’ and also provides ‘audience warm up’ for many TV shows such as A Question Of Sport & The Voice!

Last year Mark flew to Ohio to give a lecture for Penguin Magic USA. He’s also performed and lectured at the world’s largest magic convention in Blackpool, UK.

Mark’s show is a non-stop laugh riot that will have you on the edge of your seat and giggling like a child.

Michael Murray – Lecture, Gala Show
As with most mentalists, Michael’s original interest was in the art of magic. At the age of 16, he was offered a job at the local magic store “Magicbox” and from that point on spent almost every moment of everyday practising ‘sleight of hand’ techniques and devouring as much material as possible. Mentalism didn’t appeal to him in the early days until he saw Derren Brown on TV in 2000 and began his calling.

The first product he ever produced was titled “Beyond ESP”, which is now in its third printing and has sold almost 15,000 copies. Having attracted the attention of several world class performers, including Max Maven, Richard Osterlind and Banachek, Michael had quickly established himself amongst his peers.

R Paul Wilson – Q&A
R. Paul Wilson returns with his movie ‘Our Magic’ which will be followed with a Q&A with some of the stars of the movie.

He is an actor, an author, director, producer and one of the world’s foremost experts on the art of deception, as well as an award-winning magician, creator and consultant. The former star of BBC’s hit show ‘The Real Hustle’ now works in the film industry but continues to pursue his love of magic and sleight of hand, performing for clients all over the world.

Our bed and breakfast accommodation has been please to host both magic festival performers and magic enthusiasts attending the shows in the past. At the time of writing we still have some availability for the weekend of the South Tyneside International Magic Festival. Our bed and breakfast prices and room availability can be found here: online booking. More room information including photographs can be found on our bedrooms page. 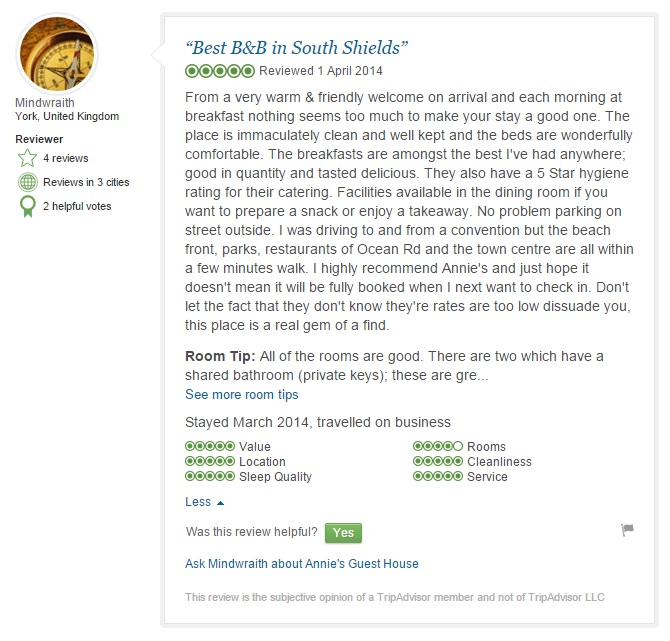 Room Tip: All of the rooms are good. There are two which have a shared bathroom (private keys); these are great value and the bathroom is impressive – huge roll top bath (with a family of plastic ducks!) and a big corner shower.