Fresh plans have been proposed to extend Sunderland Metro link into Washington. 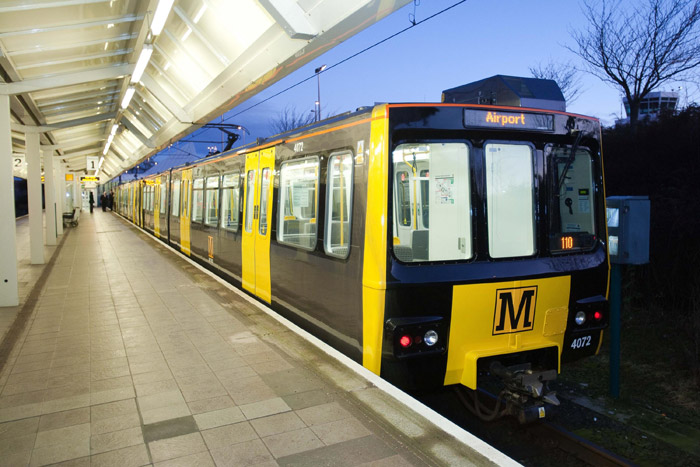 Plans to extend the Tyne & Wear Metro to Washington could finally be on track after councillors unveiled an ambitious blueprint for the region’s development.

Sunderland city leaders have put together a wish list of developments they will aim to make reality in their vision of how Wearside will look in 2032, from the new bridge over the River Wear to regeneration of the Vaux site.

It includes a call by Sunderland City Council to extend the Tyne & Wear Metro network further into the region, connecting the city centre with Washington, along with incorporating the disused South Hylton to Penshaw railway line.

As well as this, the action plan highlights the need for a new station as part of a major redevelopment of the former Grove Cranes factory and another in Millfield to service sites such as Lisburn Terrace, Pallion and Deptford Terrace, Deptford.

Washington MP Sharon Hodgson, who presented ministers with a petition calling for the Tyne & Wear Metroto come to her constituency signed by hundreds of residents, told the Echo the move would be a significant boost to the area’s economy. She said: “I’m very pleased to see that Sunderland Council want to improve transport links for Washington residents, and recognise that extending the Metro would make a major contribution to the local economy. Getting a station for Washington is still a long way down the line, but this declaration is a major step in getting all the relevant bodies on board to make it a reality.”

Tyne & Wear Metro bosses have suggested they are open to the possibility of adding to the network.

Director general of Metro operator Nexus, Bernard Garner, said: “We have started work with Sunderland City Council to assess how the Metro system can best be extended and developed to meet the potential future demands generated by these ambitious plans for the city’s future.”

Mel Speding, the council’s cabinet, added: “The strategy recognises how the Metro is a significant public transport asset for all of us. Its long-term outlook sets down how the council will work with Network Rail, Nexus and others to secure improvements to public transport and its infrastructure across the city.”

A desire to see the former Vaux brewery site redeveloped as a “new and attractive place to work and live” is also spelled out in the plans, as part of the ultimate aim of creating a “vital and viable centre”.

Another major development outlined in the Core Strategy and Development Management strategy is the new River Wear bridge, which will be the focal point of the so-called Sunderland Strategic Transport Corridor.

It is hoped the new route will provide a link between the A19 and the Port of Sunderland.

Councillor Speding said: “The Core Strategy sits at the heart of the city’s Local Development Framework which replaces the Unitary Development Plan. It will be one of the key delivery tools of both the Sunderland Strategy and the Economic Masterplan. The draft strategy has been examined by the Cabinet and a six week public consultation period is due to begin next month. Over this six week consultation period we want to work with people to see how these needs can best be met. Residents and businesses will have the opportunity to share their views and concerns on the proposal before the final, revised strategy is presented to an independent planning inspector for final consideration.”

Consultation on the report will open up to residents and businesses in May.

If you are looking for hotel accommodation for your visit to Washington our bed and breakfast room price and availability is here: book online.